Day three and the final push: Beauvais to Paris 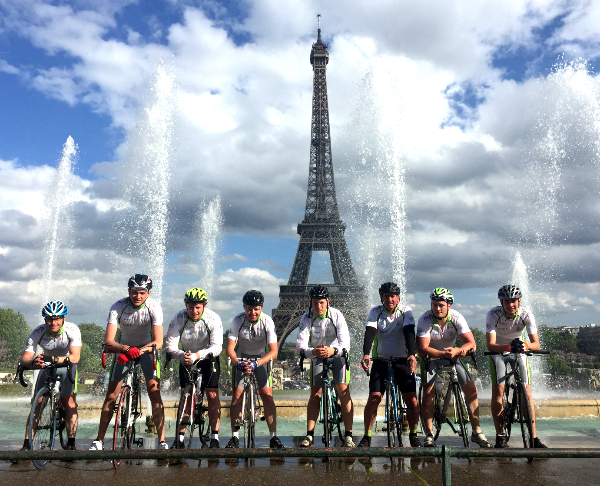 They’ve only gone and done it…!

Two days ago, TAM's newly formed team of cyclists embarked on a 300 mile mission in the hope of raising vital funds for the ten You Give We Give charity partners.

We are thrilled to report that the cyclists have successfully completed the London to Paris bike ride and are all in one piece, albeit a little sore in parts! The fundraising total currently stands at just over £6,600 - our £10,000 target is in sight and we need your help!

The entire trip went without a hitch and despite being faced with the strongest of head winds and met with the steepest of hills, the team kept on pedalling. No difficult encounter could deter the dedicated team in completing the exhausting mission with constant smiles on their faces. They enjoyed every second of the 300 mile venture with comments of, 'So where are we cycling to next year?'.

Now I know what you're thinking, 'Clearly they weren't pedalling hard enough!' but actually, for those of you with any experience of being part of a cycling club or team, to be able to ride so effortlessly with a group of people you have never once ridden with before, is an achievement in itself. Unfamiliar French roads were navigated with ease, friends from all walks of life were made and a lot of fun was had, making the cause that little bit more special.

An overwhelming sense of relief was felt by all as the Eiffel Tower came into view - you could see the ear-to-ear grins from a mile away! Not only had the team just completed a demanding physical challenge - one of the biggest challenges to date for some of our cyclists - but it was all on behalf of ten incredibly inspiring charities.

An enormous, heartfelt thank you from TAM and our charity partners goes out to those of you so far who have already supported the cause. If you have been awaiting proof that the challenge was in fact completed successfully before you donated, above is a shot of our very tired but accomplished cyclists at their finish line in the Jardins du Trocadéro.

If you are as impressed with the team as we are and would like to give them an extra boost in achieving their £10,000 target, all you have to do is click on one of the links below. Every donation, however small, really does go a long way and we thank you kindly for your generosity.

A very special thank you

TAM would like to offer their sincere gratitude to the Archway Project for lending their minibus, trailer and time to the trip. We'd also like to thank associate cyclists; Matthew Knight, Charles Davies and Chris Wright for not only their participation, but also for their sterling fundraising efforts and generous contributions towards the very first You Give We Give fundraising event.